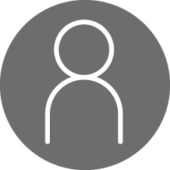 Manny has worked in local government for 16 years in Yolo County. His background is in social services and has worked as a lead eligibility worker in the CalFresh, and Medi-Cal programs. That role involved heavy analyzing of casework for accuracy. Manny’s next role was in workforce development as an Employment Services Specialist. In that role, he helped job seekers with all aspects of the job searching process such as resume assistance, interview preparation, job application assistance, and more. He would also fill in to facilitate employment workshops, conduct typing tests, and create a curriculum, such as budgeting and beginner’s computer courses. He earned his bachelor’s degree at Chico State and also has a teaching credential. Outside of work, Manny enjoys traveling and has been all over the United States, Canada, the Caribbean, and Europe. He also enjoys the great outdoors, camping, hiking, and sightseeing.