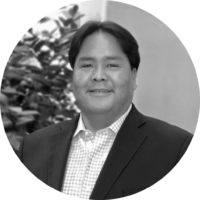 Curtis was appointed by Governor Brown on December 21, 2018, and reappointed by Governor Newsom on November 30. 2021. As the Chief Deputy Director he is the chief of staff and oversees the daily operations of CWDB staff operating in four branches, leads and implements strategic planning, and develops and executes various strategies to advance equity, job quality, and climate resilience. He also serves as the Tribal Liaison for the Labor and Workforce Development Agency. Prior to his appointment, Curtis began his work at CWDB as the corrections workforce partnership manager to improve labor market outcomes for formerly incarcerated and justice-involved individuals in California. Previously, Curtis served as director of public affairs for a federally recognized tribal government, and held multiple positions, including policy director, as staff to members of the California State Assembly with more than a dozen years of legislative service. He serves on several public and private boards, and remains active and civically engaged in the community. Curtis is a fourth-generation Japanese American and an enrolled member of the Jicarilla Apache Nation. In his free time, he enjoys spending quality time with family and friends, traveling, fishing, and cooking.